THE ROOMS
THE RESTAURANT
WHERE WE ARE
RESERVATIONS

Saluzzo is ideally situated, in a wonderful hillside location, of the gentle sloping hills between the Bronda and Varaita valleys, the surrounding countryside is a mass of vineyards and orchards, agriculture being highly favoured thanks to the mild climatic conditions of the area.
It is set against the majestic backdrop of the Monviso mountain, and its wonderful ancient towers also catch the eye of the incoming visitor; giving Saluzzo the air of a miniature capital city rather than a small town.
The surrounding countryside still bears the marks
of the domination of the marquises of Saluzzo, and
is dotted with a host of small hamlets and castles,
which until the 16th century formed the “marquisate
lands”.
The Perpöin hotel is situated on the outskirts of the old town centre.
It was originally an ancient inn dating back to the late
1700’s to which a modern and functional extension has been added.
The restaurant is in fact tho oldest part of the building; with its spacious dining halls offering the best in typical regional cuisine.
Offers double rooms, singles, all with satellite TV, telephone and private bath. Parking available to customers. 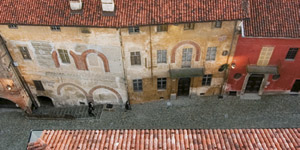 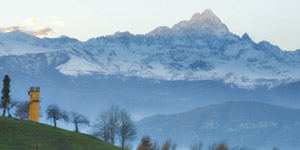 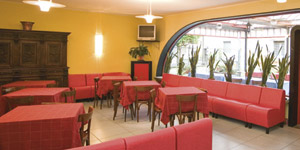